< Quiz >
Is tonkatsu Western dish
or Japanese dish?
What do you think? 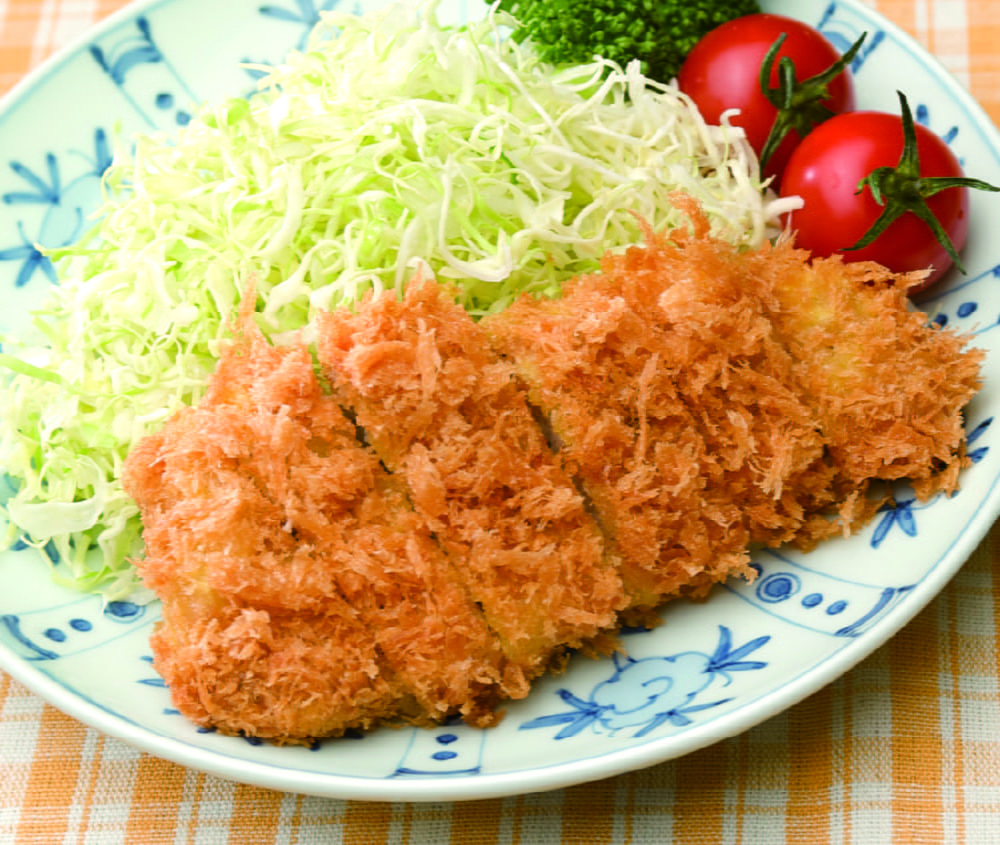 < Answer >
Tonkatsu is a Japanese Dish

Do you wonder why? There are not tonkatsu in French and Italian cuisines. Tonkatsu is indeed an authentic Japanese dish, eaten with chopsticks. But if you thought tonkatsu was Western, you were partly correct.

Let’s look deeper into the story.

Grandfather and Father of Tonkatsu

About 100 years ago, at a restaurant which served Western dishes in Tokyo, called Edo in older times, there was a dish on the menu called “Cotelette,” the grandfather of today’s tonkatsu.

Cotelette was a slice of veal coated with crumbs of dried, hardened French bread, fried in a pan with oil. It was served with a demi-glace sauce. 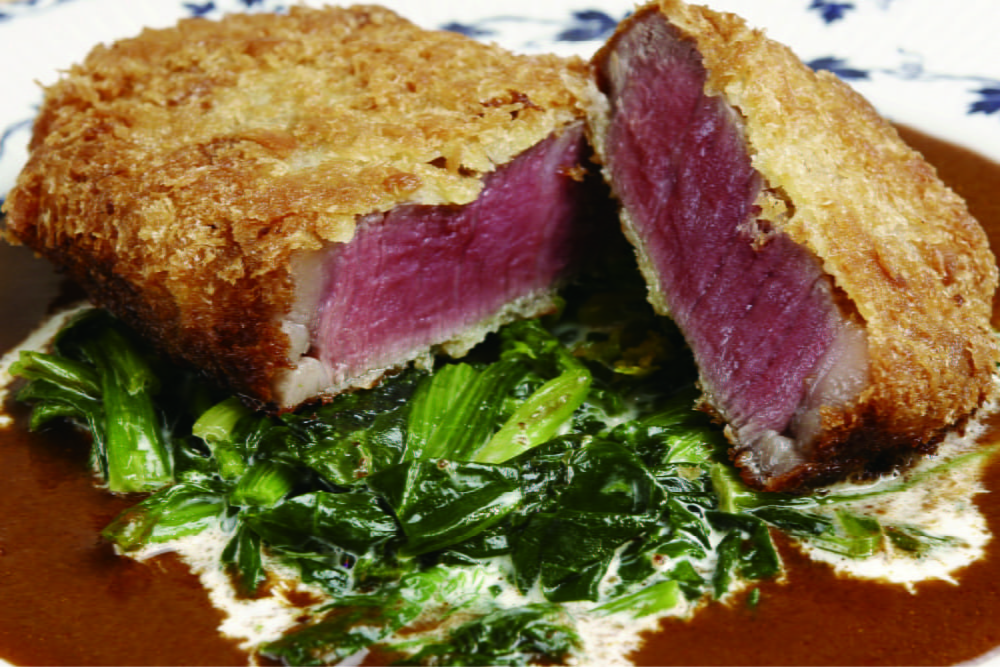 It seems, however, that Cotelette was not very appealing to Japanese people in those days.

When the restaurant changed the meat from veal to pork, the new “Pork Cotelette” (“pork cutlet” in English) became the father of tonkatsu.

The Birth of Tonkatsu

Pork cutlet would soon have a fateful encounter with tempura.

The main objection to pork cutlet was that it was greasy. Whether in an attempt by the restaurant to improve it, or an accident in the kitchen, one day a pork cutlet ended up swimming in a tempura pot instead of a frying pan.

When it came out, it was surprisingly lighter and tastier. What eventually came to be called tonkatsu was born in that moment. 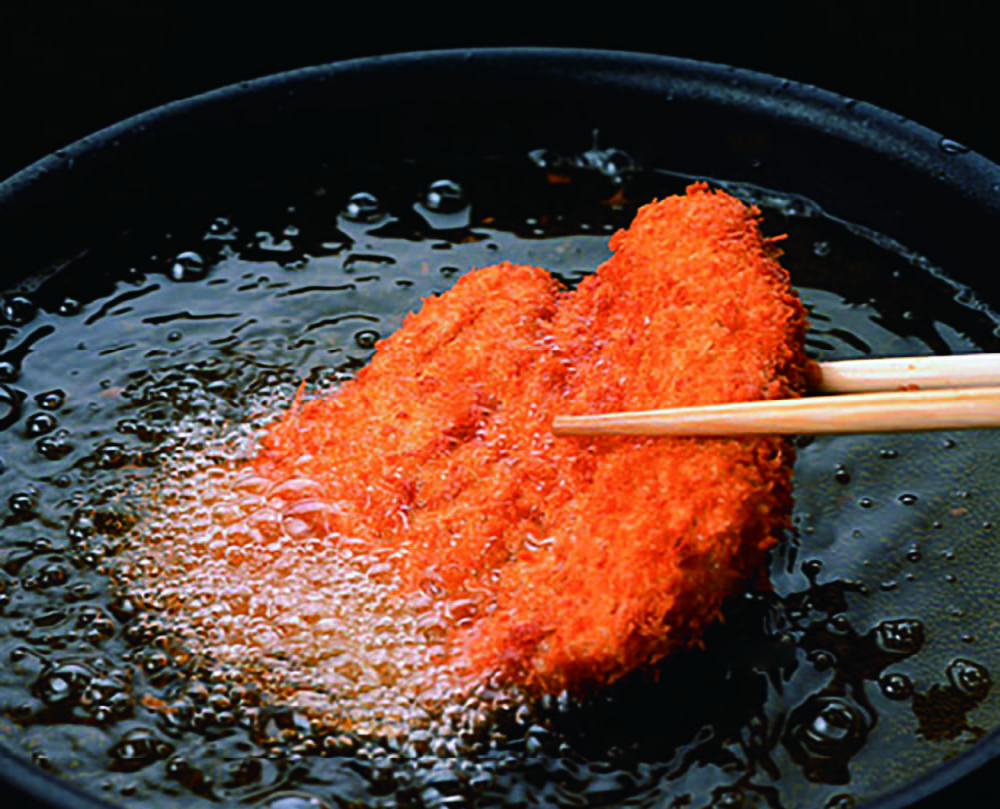 Used with croquettes, born in the same manner as tonkatsu, and other variations of deep fried foods, including prawns and menchikatsu (minced meat cakes), breadcrumbs have developed as a Japanese ingredient – today’s panko – in the world of “deep-fried” food.

First commercialization of breadcrumbs in Japan

Here is another tasty bit of information. It was Miyazaki Iwamatsu Shoten, predecessor of Lion Foods Co., Ltd., that saw the promise of breadcrumbs as a Japanese food ingredient and first commercialized them in 1916.

In 1937, it began the first production of soft breadcrumbs in Japan.

For customers dealing with delicatessen products who want breadcrumbs to look good when they are fried, we offer them using natural colorant. For those dealing with tonkatsu, we offer coarse ones for larger tonkatsu sizes and fine ones for smaller. For use with frozen foods, breadcrumbs that remain crispy when heated in a microwave are available. Breadcrumbs, seen at first glance as a supporting player, in fact play quite a pivotal role.

In addition, more than 100 kinds of bread are used to make breadcrumbs. The multitude of combinations depends on the food item and the customer’s needs.

Unless we can create the best combination, the customer will not be satisfied, and our job is to satisfy all of our customers.

Lion Foods boasts the top share in the field of commercial breadcrumbs. Our primary customers are major food manufacturers, stores and restaurants specialized in tonkatsu, and convenience stores.

Throughout our 114-year history we have emphasized product development. We respond to any customer request and are always exploring new realms of “tastiness.” Seeing the promise of the Chinese market, we established a wholly owned subsidiary in Qingdao.

We also expanded our business in the Shanghai region as a second step.
We will continue to develop forward-looking business strategies, serving overseas markets wherever we can.